Top Precautions to Take Before Choosing an Online Poker Site 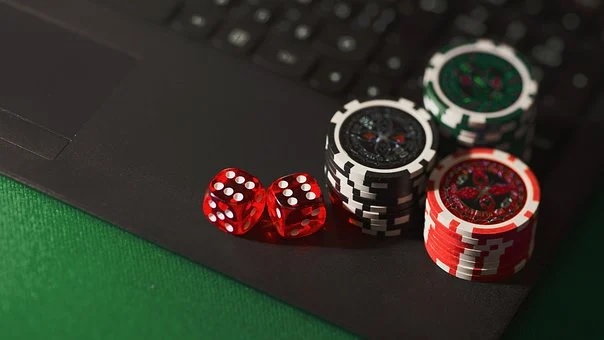 Online poker is one of the success stories of the internet age. From the first hand being digitally dealt on January 1st 1998, it’s now a $70bn industry with over 120m players participating worldwide.

Computerized cards really caught the public’s imagination in 2003, when the aptly named Chris Moneymaker entered a $40 online tournament in which the prize for winning was a seat in Las Vegas at the World Series of Poker. Having booked his berth at Binion’s, the Tennessee accountant shocked veteran pro Sam Farha to scoop the $2.5m Main Event jackpot. As CNN.com reports, he ‘changed the fortunes of poker overnight’.

In 2022, online poker for cash stakes is legal in six states, with more expected to follow suit in the wake of the Supreme Court’s 2018 ruling to strike down the federal ban on sports gambling. Whether your jurisdiction currently permits online poker, or whether it’s in the pipeline, there’s a few angles to shoot before plumping on a platform to play poker online.

Think about your own skill level in poker. The player who enjoys the occasional home game round a kitchen table may not want to instantly pit their wits against seasoned card sharks. Some sites offer free games, which can be useful in a couple of ways. Online poker is much faster than casino poker at around 60 hands per hour, and you can get accustomed to the site’s virtual table before committing to putting chips on it. Some providers only allow you to play against others in your own state, which can narrow the potential pool of opponents. By the same token, if you’re shooting for the stars, the World Series of Poker qualification process is now almost entirely hosted on its website, with separate online events during the tourney if you don’t make it to Vegas.

As we noted in our ‘Top Precautions to Take Before Choosing Liquor Delivery Site’ article, vendors offering essentially the same service can differ wildly in shipping and handling charges. Many poker sites offer free deposits and bonuses for new players, which can be worth taking advantage of. Make sure, however, that the site doesn’t have stiff rake fees – the percentage of each pot that the house takes for itself, which can range from 50 cents to a few dollars per hand. Some sites pay Rakeback to gamers, which are a percentage of those fees returned back: daily, weekly, or monthly to the player’s account. Poker is primarily a game of math, and players should harness those skills to work out which will be the most suitable site for them.

Casinos have some of the tightest security you’ll find outside of Fort Knox, and you’d expect online cardrooms to be the same. Normally one could rest easy by paying online with a credit card as the major networks all offer $0 liability protection, however, some issuers won’t allow deposits to poker sites. Even those who do will oftentimes treat funds lodged as being a cash advance and levy the associated fees; usually between 3% and 5% of the amount. For those who don’t wish to transfer directly from their bank, as some lenders may question the transactions when a detailed credit search is needed – say in a mortgage application – there are other options. In a Poker.org overview of cryptocurrency in the online game, they note how it is becoming an accepted method of payment, even at US-fronted poker sites. PayPal and Western Union can also be utilized to make deposits, however, again, be aware there may be extra fees from those payment providers.

What Size Skip Do You Need For Your Business?

Top Precautions to Take Before Choosing an Online Poker Site

What Size Skip Do You Need For Your Business?

What You Need To Know About Optomechanical Components

Uses and Applications of Oxidation Catalysts: How They Can Benefit…